It’s been roughly 20 years since I started playing the Mario Kart series, beginning all the way back with the first Mode 7 game on the SNES. I do count myself a veteran of the franchise, despite not playing MK Double Dash!! on the GameCube or Mario Kart 7 on the 3DS. The former because was more into F-Zero GX on the GameCube & the latter because of the still outrageous prices on 3DS games.

At any rate, I’m still well versed in many of the mechanics of the series, having played an extensive amount of Mario Kart Wii a few years ago.

Like so many other games that Nintendo makes these days, Mario Kart 8 doesn’t revolutionise the franchise but it does refine it in the most perfect manner.

If we were to turn this into a more mechanical metaphor, it is as though Nintendo have fine tuned the engine to enrich performance at the same time they trimmed down all the useless weight and refined the handling whilst leaving it feel familiar.

If you played Mario Kart Wii or Mario Kart 7, you know what you are getting into -especially with the MK7 additions of hang gliders & underwater levels- but the new items as well as vehicles help to enliven the gameplay from the previous games. 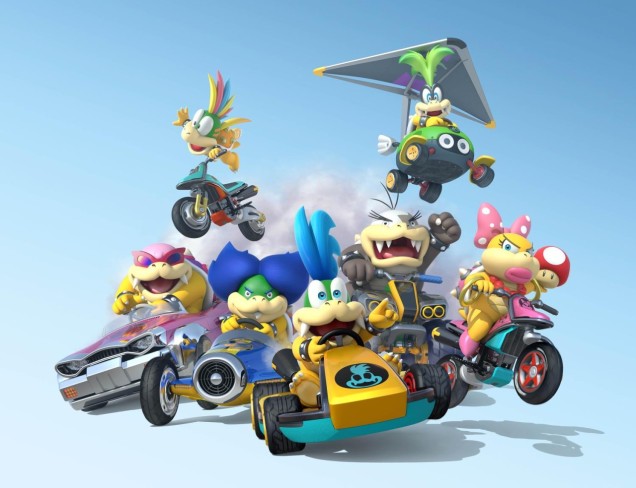 Most notably is the improved AI in the opponents, making even the easiest difficulty (50cc) a challenge at times, with AI controlled opponents using shortcuts, boosts & items more cleverly. Yet best of all is the lack of blue shell spammage when you are in 1st place (you still get it but not as much) as well as the Horn item that allows you to prevent blue & other shells from hitting you. The AI gets smarter the higher the difficulty but I never once (so far) felt as though the AI was using exploits to win. Pretty much all non-1st place results for me have been my fault; drifting at the wrong time or accidentally hitting myself with a rebounding green shell.

These refinement coupled with the seriously impressive 1080p 60f/ps graphics makes Mario Kart 8 one of the prettiest current gen games out there.

Another nice tweak is that all the new tracks have branching paths, so you can choose which way to go. Some offer speed boosts, others have items, whilst many just offer a pretty alternative way to go. The older (read: reused) tracks from previous games have also been altered a little but offer nothing new but they fit within the new gimmick that the game offers.

That is the much touted ability to hover & have invented, looped tracks. This pretty much turns it into a cartoonie version of F-Zero GX, which makes me scream out for another game in that near forgotten franchise. Yet the anti-gravity sections of the track do add their own little mechanics & challenges, such as getting speed boosts from hitting your opponents not to mention the added risk of falling off (or being knocked) the edges of the track -making Rainbow Road even more frustrating in this incarnation as any previous (if you don’t come to it with the right mindset that is).

The lack of overall tracks is a bit disappointing. Only 16 new tracks (4 for each 4 cups) with another 16 reused tracks but they all flash by so quickly when you’re racing that it all seems so little in the scheme of things.

This is honestly one game from Nintendo that I’d welcome DLC for but only if it offered entirely new tracks & power-ups for a decent price (not to mention the dreaded Australia Tax that we will probably have to suffer on any possible DLC).

I do like how it drip feeds you unlocks, such as a randomly picked new character for every cup that you finish & a new part for every X amount of coins that you gather in any of the racing modes (supposedly including all the coins collected in online/offline multiplayer races).

Unfortunately, as of time of writing, I am yet to try to online functions, due to dodgy internet connection in my house but reports from friends is that it a solid experience, with the game still running at 1080p 60 frames per second every with 15 other opponents on screen. I don’t think any Xbone or Ps4 game can come close to claiming that (or even being able to play anything in 1080p as of yet).

Of course, the game has already generated a ton of memes but the most popular so far seems to be the Luigi Death Stare. Once again highlighting how nerds get obsessed over the tiniest, inconsequential detail in things (something I’ll hopefully write about soon).

Another great thing about this game, at least at time of writing, was Nintendo offering a free high end game download with purchase. Basically, sign into the Nintendo club, register MK8 & wait 48 hours for a link to pop up sending you to the free game collection screen. This offer does run out on the 31st of July & not sure how many games of new consoles it will push out doors but if you’re paying a high price for full games it is an exceptionally good offer. I went with The Legend of Zelda: Wind Waker HD because basicaly played all the other games on offer & wanted to play Wind Waker again in shiny new graphics.

In the end, Mario Kart 8 does nothing to shake up the bedrock of the franchise or the kart racing genre in general but it still does everything exceptionally well. With an unbelievable level of polish & challenge (prepared to get slaughtered when you jump up to 100cc mode) that levels any pretender Mascot racer games in the dust!

One thing I would want though if/when they continue the franchise is for them to turn it more Super Smash Bros. & make it more a general Nintendo mascot racer. So add characters from The Legend of Zelda, Kirby, Animal Crossing & Metroid. Not sure how you’d be able to get Pokémon involved but sure some fan out there has already thought of a way.

But, basically, if you have a Wii U: get it!

If you are yet to get a Wii U: buy the MK8 premium pack (with bonus Mario Kart Wii steering wheel) & claim the free game so you have two games to play whilst you wait for friends to buy their console so you can mutliplayer it up! 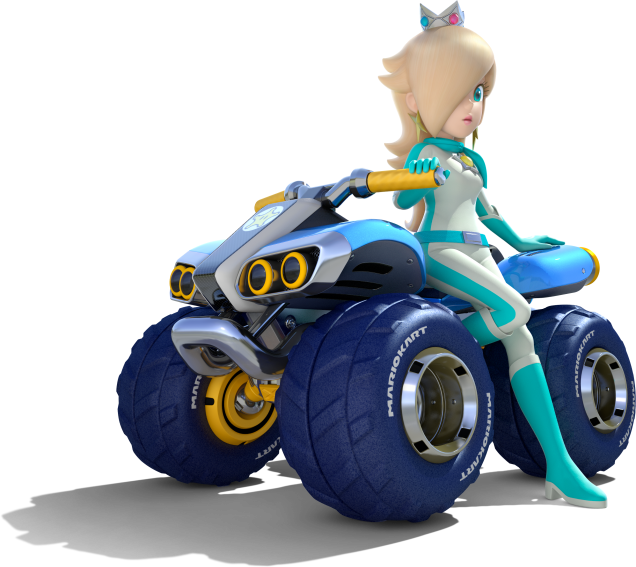